Weidenmiller has grown through four genereations of professional craftsmen, engravers and machinists into an industry leader.

We look forward to innovating with you! The success and reputation of the Weidenmiller product line affords each customer the ability to recognize changes in the marketplace by utilizing state of the art technology. Each products is skillfully designed and manufactured by dedicated employees with the knowledge, expertise and professionalism to exceed each customer’s expectations.

With our dedicated staff of designers, craftsmen and manufacturing personnel, Weidenmiller supports our customers with high quality products and services around the world.

Weidenmiller Company originated in 1903 by August Weidenmiller, an expert brass embossing die designer and hand engraver, who began engraving embossing dies for National Biscuit Company at his home workshop in Chicago. The first of which was named Baby Bunting, displaying a youthful Davey Crockett character carrying his rifle, followed by a little rabbit.

In 1910, at age 14, Edward Weidenmiller, son of August, began learning the trade from his Father. In 1912, Ed’s older Brother, Emil Weidenmiller, joined the Company, bringing his expertise as a steel stamp engraver. In 1914, the first engraving machine was purchased which modernized the engraving process to increase production of the embossing dies and steel stamps. 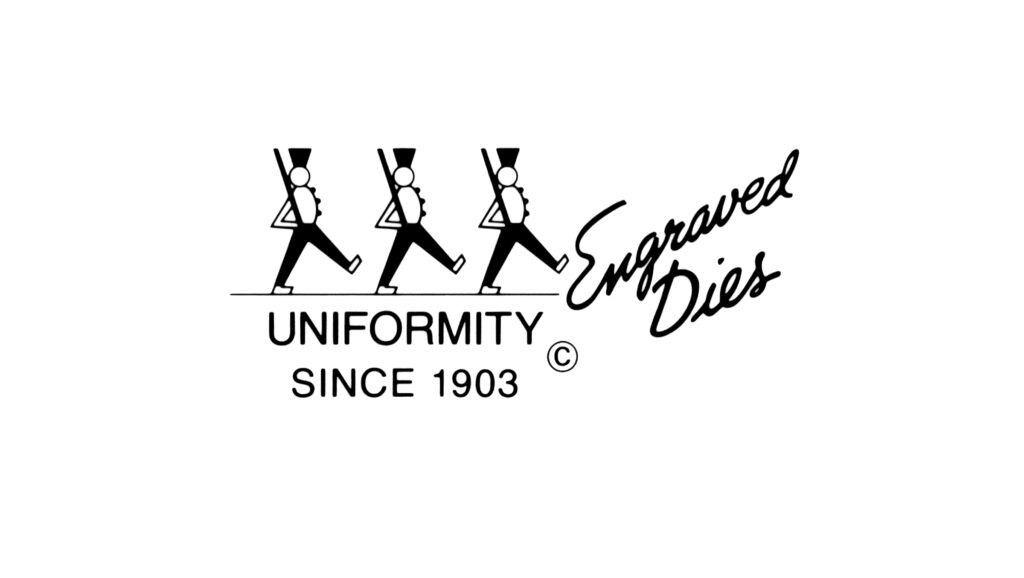 In 1924, a small aluminum foundry was started in a garage to produce cast aluminum sugar wafer plates primarily for Nabisco’s Sugar Wafer Cookie. Aluminum was an immediate cost savings over the old heavy brass plates. During 1927, the two sons built a three-story building on Chicago’s North side and became known as Weidenmiller Bros. Foundry. The first floor housed a brass, bronze and aluminum foundry, and, the second floor, the machine and engraving shop. 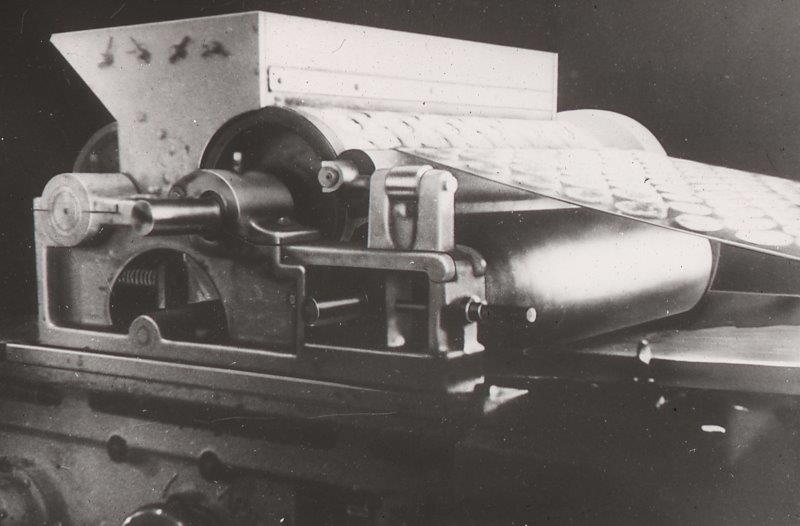 In 1933, the earlier engraving machine was converted to produce Rotary Molding die rolls. Then, in 1934, a Rotary Molding machine “head” was engineered to operate in conjunction with the conventional stamping cutter. This first machine was installed at Wortz Biscuit Company, Fort Smith, Arkansas. The Rotary increased the production speeds for making cookies, and, years later, is still a favorite of many bakeries. 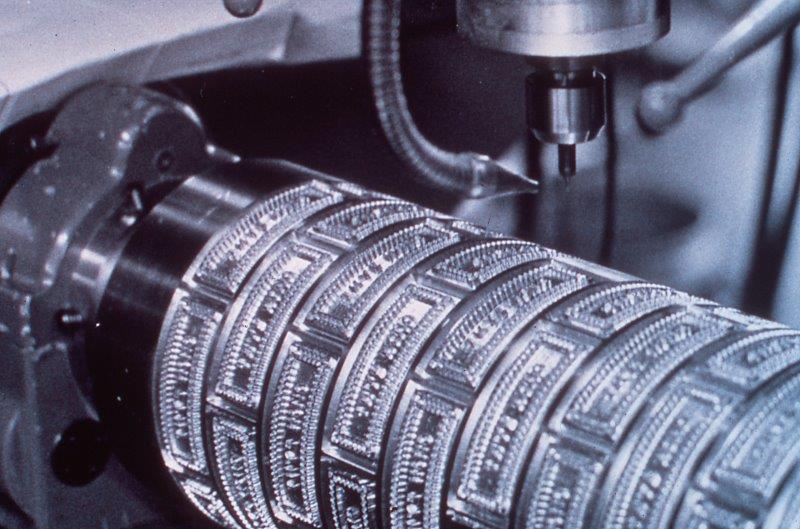 During World War II, Weidenmiller produced die rolls for military crackers commonly known as “K” and “C” rations. After the war, Edward’s two sons, Jack and Bob Weidenmiller returned home to continue their engineering and manufacturing responsibilities. In 1946, the Edward Weidenmiller Company was officially registered as a Corporation in Illinois. In 1948, the Company moved to their new building in Morton Grove, Illinois.

In the next two decades, Weidenmiller’s patented Four Roll Wire Cut machine became increasingly popular for making items such as Macaroons, Oatmeal Raisin, Sugar and Vanilla Wafer cookies. The 1950’s and 1960’s also saw the industry increasing their production for “hard sweets” (cookies) on the Rotary such as Lorna Doone® Shortbread and the renowned Oreo® Sandwich.

During the 70’s and 80’s, 3D cookies began to increase in popularity with designs from Mickey Mouse to the Flintstones to dinosaur shapes. Bones, biscuits and treats for the pet food market also began to emerge.
Even crackers were taking more artistic shapes such as fish, whales, animals, sports gear and vegetables. Tom Weidenmiller joined Weidenmiller Company in 1975 and in 1987 the Company moved to Elk Grove Village Illinois.

In 1992, the Company moved to DuPage County from Cook County to reduce its property tax base. Today, with over 12,000 catalogued designs, shapes and configuration, Weidenmiller Company continues to manufacture die rolls that create a wide variety of edible delights such as Butter, Girl Scout and Windmill cookies; Maria Biscuits, Captain’s Wafers®, Graham, Ritz® and Saltine crackers, and, MilkBones®. Additionally, hard candy die rolls are produced for caramel balls, lemon drops and cinnamon hearts. 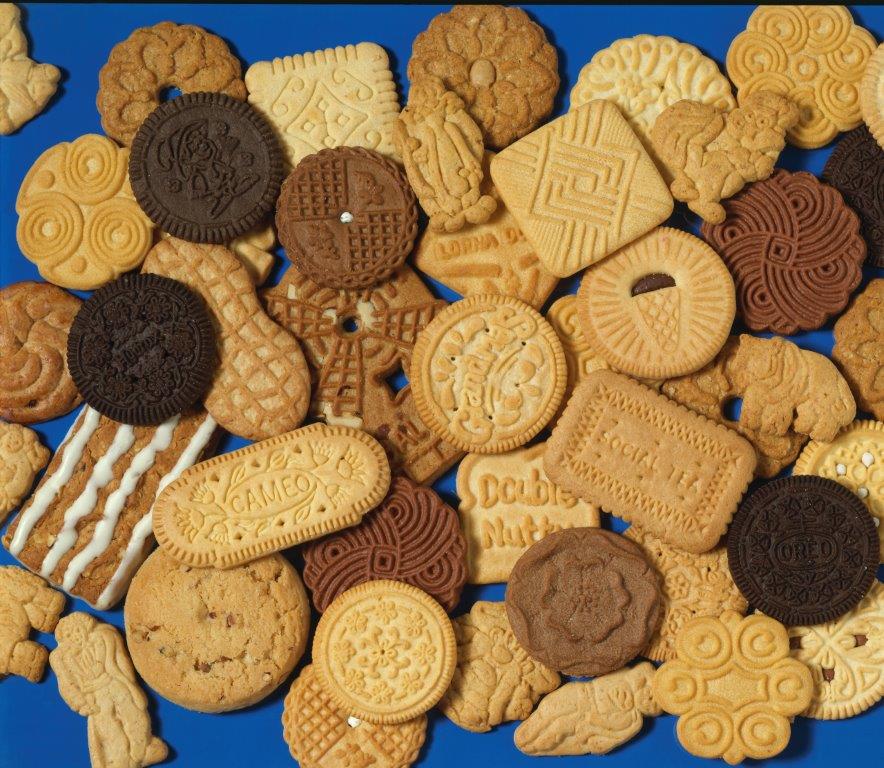